Yesterday DPCC hosted the Ben Owen Memorial Trophy competition on a lovely (not raining) evening in the Oxfordshire countryside.

In all 16 teams from 7 local clubs took part on very nearly the longest day of the year. The late sunset allowed 80 riders to take the start in Stadhampton, race to the outskirts of Watlinton and the turning to complete the 10 mile course at Chalgrove.

The contest was keenly fought with some impressive times put in. There were some notable solo rides with Matt Alder (Fairly United) posting the fastest time in 20m27s followed by Henry Latimer (20m54s) and Richard Gildea (20m55s) from the host club (1 second!!!).

But this was the side show for the main team competition.

Cowely Road Condors Women continue to show their strength and depth and commitment to developing their racers and retain the trophy (1h43m49s) followed by Reading CC in 2nd and DPCC in Third.

The trophies were presented by Mr Owen at the HQ in Chalgove.

We would like to thank all the riders and teams, organisers and helpers who helped us commemorate the 30th Anniversary of the Ben Owen trophy in an event which has such a unique atmosphere 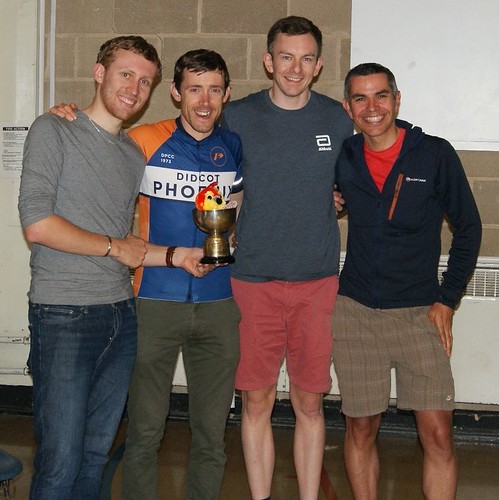 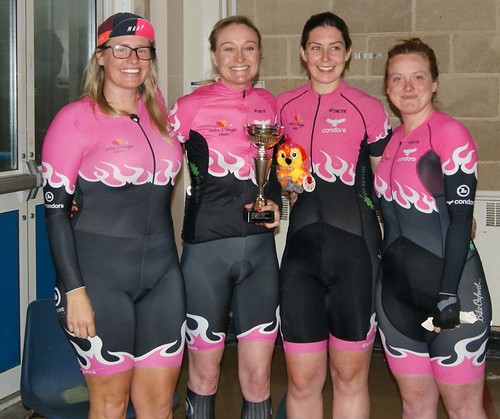 *Although no longer mandatory, we request that you continue to observe social distancing guidelines on arrival at Boundary Park and while waiting to depart*