George Towersey and Oliver Clark were competing in the Junior RTTC National 10 mile Championships on Saturday 30th August, both riders had really impressive rides with George finishing in 13th with a time of 21m38s, and Oliver in 41st with 23m 35s. Full junior results.

On Sunday it was the turn of the Mens RTTC National Championships, with Phil Brown making the long trip to the fast Hull V718 course. Phil Finished 59th, with 86 of the 143 riders posted times under 20 minutes. Full mens results.

Congratulations Phil from all in the club!

Ron Smith had the fastest club time up Crays pond, with Tim Allen in second place just 3 seconds off his pace, with Martin Cairns from Reading CC in 3rd.

An hour later on the slopes of Streatley, David Ryan from Zappi’s CC was quickest with Tim Allen 2nd ahead of Ron Smith in 3rd. 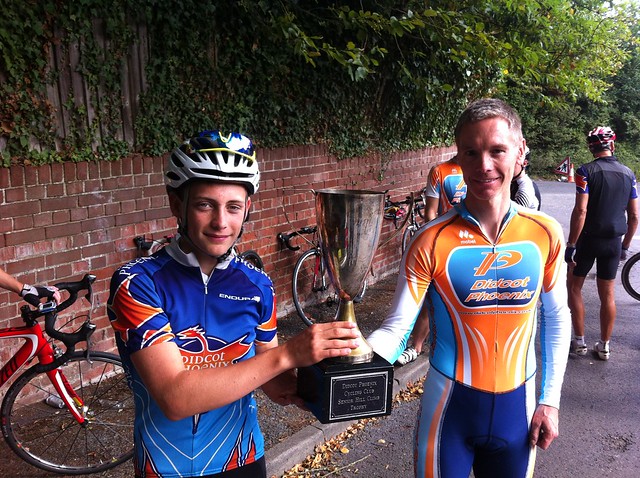