Richard Gildea and Chris Virgo made the short trip down the A34 on Sunday 27th to take part in our neighbouring club: Newbury RC’s Open Hill climb on Walbury Hill. 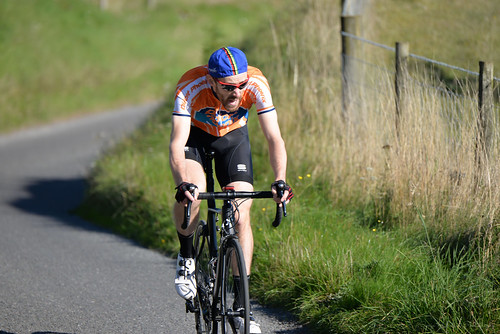 The 2nd round of the popular Mountain bike Rampage races at Checkendon were also held on Sunday 27th, 3 club members were racing, with Gareth Davies best placed DPCC rider of the day finishing 4th in the 11&12 year old category.

Rachel Pearce picked up 2nd spot in the “Sprint” category in the Warwickshire Triathlon, in the event held in Stratford upon Avon Congratulations to Rachel!

10 club members were in action in Swindon, in the 3rd round of the Wessex League Cyclo-cross in a event hosted by the Cotswold Veldrijden club.  Senior rider Dan Atkins finished a notable 20th, made even more impressive as this was done after completing the MTB race earlier in the day at Checkendon. Full results here.

Many club riders took full advantage of the glorious Autumnal weather to take part in some Audaxing and sportives both Local and further afield:

Henley Hilly 100 Audax, many members  on Saturday 26th (including Dan Atkins again)  took part in the local Audax starting from Sonning Common picking there way around the leafy lanes of the Chilterns.

Ron Smith visited his homeland to take part in the closed road sportive Etape Royale, finishing with the 19th fastest time in the 100 mile non competitive epic (results here), and also placing 13th in the timed King of the Mountain climb to The Lecht ski centre.

Simon McGowan and Clare Hofmann were riding the Etape London , a 115 mile sportive into Essex and back from the Olympic Park in London. 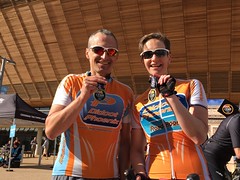 The Reading Roubaix a local sportive with a difference, taking in cobbled and unpaved lanes and tracks inspired by the famous Paris-Roubaix. Both Frank Schroer and Peter Cowan completed the 100km event in style, finishing on the Palmer Park Velodrome in the centre of Reading.

With all the above going on, Jeremy Hewitt and Simon Evans were left in charge of running the Clubrun, they both led the hilly ride out to Henley and back stopping at Toad hall. As usual the full Club run write up can be found on our forum here.