While playing ‘sportive top trumps’ during a Sunday morning coffee stop; I rather hastily announced that I would rather climb 4500m over 135km than ride 300km. I would now like to apologise to all those who witnessed such stupidity and retract my position unreservedly. The reason for this change of heart? Well, in two words ‘Les Cingles’ broadly translated meaning ‘the mad people’! This is the club you sign up to if you climb the Ventoux by three separate routes in a 24 hour period (it took us 8 hours). This I did, with 2 other mad people, on the 9th June.

It’s a difficult ride to prepare for, not just because of the unrelenting steep climbs, although the first 18 kilometers of the third climb are relatively comfortable, but the weather plays a significant part in defining how successful your day will be. As it was, we were lucky and still we needed to descend, like everyone else, in a robust rain jacket just to keep warm.

For those who have not been there, like me, the Ventoux is everything people say it is and actually more, one of those rare scenarios where the reputation is smaller than the reality. You end up climbing the last 6km on the Chalet Renard side twice and at 12% it’s a challenge especially as you hit the head winds but the views are remarkable, truly remarkable. I won’t bore you with the details of the day, suffice to say when we summited for the third time it was the closest I’ve come to tears while riding a bike! This might have had something to do with the fact that I had an 11-25 on the back which I realised, after about 15 minutes, was ill advised.

It is a tough day and you will have to draw upon those pools of willpower rarely accessed on a Sunday morning but it is achievable, as my choice of rear cassette demonstrated. Chose the right day and this is a magnificent day in the saddle. It’s just enough of a challenge to ensure you take it seriously but not too much that the training will take you away from the family for every waking moment risking your trusty steed being placed unceremoniously in the bin marked “no more biking for you”!

Would I do it again? Probably not, I have no desire to do it more quickly the mountain deserves a great deal more respect than that. There is an option to do a fourth ascent on a mountain bike route but honestly descending in those cross winds on the road was enough to confirm that I do not want to go off-road. Finally, there is an option to do 6 ascents in a 24-hour period! Well, if you have the mental wherewithal to do this, you are welcome to have all my sportive top trumps! 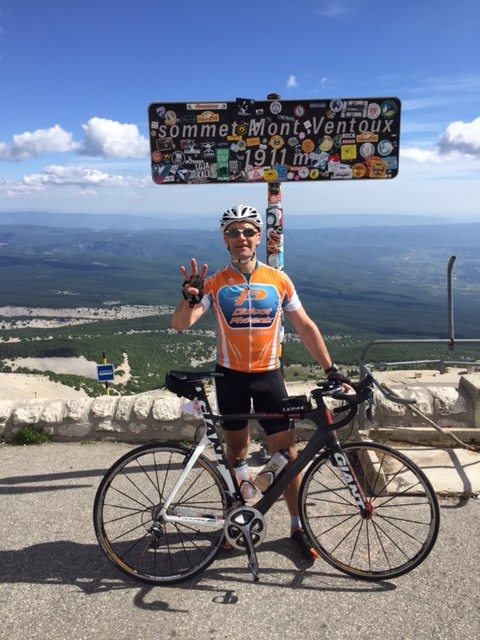